“The return to work — to say the least — has been a bit of a bumpy ride, with Delta surges causing many large companies to hold off on bringing back some workers in person,” Scripps National News anchor Chris Stewart said on a recent broadcast. “An estimated 42% of Americans continue to work remotely according to FlexJobs, but some are finding collaboration, and a hybrid schedule, are best so they’re investing in smaller public spaces.”

“Giving the choice to the employee, not forcing them into going into the office, not forcing them into staying at home — giving them the choice to do what they feel like on any given day” is increasingly the norm, Upflex CEO Christophe Garnier shares with Scripps. And, he explains, many employees are choosing coworking spaces over their home offices as a means of getting out of the house but skipping the long, inefficient, and ecologically impactful commutes of yore. 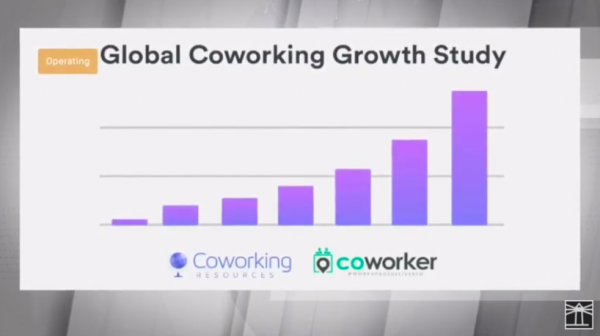 There is just one caveat to the universal embrace of using coworking spaces as a greener, more affordable and more productive alternative to both the traditional office model and the constant home office: pandemic safety. So, Stewart reports, Upflex turned to experts including epidemiologists to help design our Safe Spaces Program.

Workspaces in the Upflex network — the world’s largest library of on-demand flex workspace — earn the green Safe Spaces™ seal when they commit to not only following CDC guidelines but implementing a rigorous checklist of health and safety measures in their spaces, from sanitization to social distancing and PPE.

According to one industry estimate the number of co working spaces is expected to double over the next two years, from around 20,000 to more than 40,000, Stewart reports.

Garnier tells Scripps that businesses — especially startups — like the idea of flexible workspace not just because it’s a safe alternative to being cooped up at home every day, but because it’s less of a commitment to real estate than traditional long-term office leases. Learn more about the Safe Spaces program here and keep an eye out for the the Safe Spaces seal when you browse Upflex’s network of thousands of on-demand workspaces worldwide.